THE POLITICAL CORRUPTION EVIDENCE | THE ELON MUSK REPORTS -- (Click HERE, on this title, to open the Gallery) | Find out who really ___owns the press___ after Musk___s comment causes stir ELON MUSK IS A LIAR SCAMMER POLITICAL BRIBERY CROOK 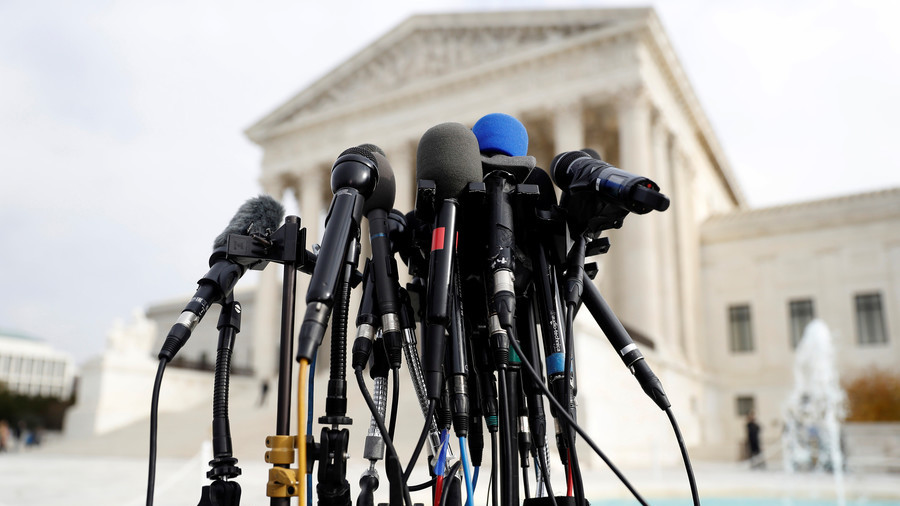 © Aaron P. Bernstein / Reuters
Elon Musk caused a stir when he asked, “who do you think *owns* the press?” in a Twitter thread – but the names of the people and companies who have amassed control of the bulk of US media is definitely not a well-kept secret.

Musk’s tweet was swiftly followed by Jew-bashing comments, as well as comments accusing the eccentric tech entrepreneur of anti-Semitism. Some took offense at Musk emphasizing the word “owns,”apparently a reference to an internet trope where “(((them)))” is used by trolls to refer to powerful Jewish people.

However, Musk did follow up on his tweet, saying he was: “Pointing out to aspiring journo & Rodin spokesmodel, Josh Top, who thinks public polls are controlled by “powerful people” that the media is *owned* by same. Anyone who thought this was anti-Semitic is just revealing their inner bigot. The context is very clear.”

He didn’t elaborate on which handful “powerful people” control large swathes of the American press – so we might as well do it for him with the help of basic Google search. Here are some of the most influential movers and shakers who control what you watch and read. 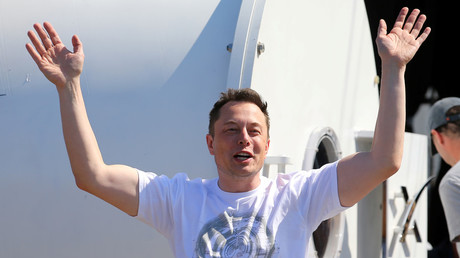 'Who do you think owns the press?' Elon Musk tweet attracts barrage of anti-Semitic comments

In 1983, there were 50 corporations that dominated much of the US media landscape. Nowadays, that number is less than 10. One of those that stayed afloat and has grown exponentially is Rupert Murdoch’s media empire.

After acquiring a number of newspapers in his native Australia in the 1950s and 60s, Murdoch set his sights on the UK and US markets. Fast forward to the present, and the list of media outlets owned by Murdoch is exhaustive.

Fox News is the most-watched cable news network in the US, and it is capable of beaming pro-Republican content into 96 percent of American households. Fox and all of its subsidiaries, together with the New York Post and the Wall Street Journal, form the American wing of Murdoch’s empire, which includes hundreds of TV networks, newspapers, magazines and websites worldwide.

Murdoch is not known for his hands-off approach either. His takeover of the Wall Street Journal in 2007 was marred by walkouts, as long-term staffers protested the editorial direction Murdoch would take the paper in.

With a wire service, a television network, websites, radio stations and magazines all bearing his name, Michael Bloomberg is a force to be reckoned with in American media. After building a media empire on the back of his financial data business, Bloomberg served three terms as mayor of New York City before returning to media in 2014. Now, Bloomberg has 2,000 reporters around the world.

Jeff Bezos purchased the Washington Post in 2013 for $250 million, small change for the world’s richest man. Since then, he’s drawn the wrath of US President Donald Trump, who has attacked Bezos’ Amazon for ripping off the US Postal Service and the Post for its negative coverage of his administration.

Widely regarded as one of the US’ top newspapers, the Post has been fiercely critical of Trump since day one. A Harvard study found that 83 percent of the paper’s coverage of Trump’s first 100 days in office was negative in tone. Furthermore, the Post questioned Trump’s fitness for office more than any other news outlet studied.

The largest television station operator in the US, Sinclair, owns or operates 193 stations across the country, including dozens of CBS, ABC, and Fox-affiliated stations. Sinclair is controlled by the family of its founder, Julian Sinclair Smith, and it has been criticized for the conservative slant of its news and for its corporate-mandated ‘must-run’ segments.

In March, Sinclair was lambasted for requiring anchors to read verbatim a script praising the “quality, balanced journalism” of local Sinclair stations, while bemoaning the “sharing of biased and false news”by left-leaning national media outlets.

Former CBS news anchor Dan Rather called the script “Orwellian” and “an assault on our democracy.”

While NBC anchors were quick to rip Sinclair over its mandatory script, NBC went on to make its own anchors read a corporate message extolling Comcast’s social virtues and comparing the telecoms giant to Nelson Mandela. Journalist Glenn Greenwald described the feel-good corporate plug as “creepy and humiliating,” while Adam Johnson, a writer with FAIR Media Watch, called the message “cultish.”

NBC has been accused of liberal bias, particularly during the 2016 debates between Hillary Clinton and Donald Trump, during which Trump’s claims were ‘debunked,’ not for their factual inaccuracy, but for small semantic errors.

Last week, Musk controversially declared war on the media, pledging to launch a website that would allow people to rate the credibility of journalists, editors and publications. The businessman planned to call the new pet project “Pravda” – the Russian word for “truth” and the title of the former official newspaper of the Communist Party of the Soviet Union. He eventually settled for the domain name “Pravduh.com.”

Far being from a selfless act in the eyes of critics, Musk’s public frustration with the media comes amid recent reports about braking problems of Tesla’s Model 3 sedan. In April, Bloomberg also reported that Tesla was losing $6,500 a minute, and it could fail before the end of the year. There has even been a proposal to unseat Musk and remove his brother Kimbal from Tesla’s board.