More than a million followers have disappeared from the accounts of dozens of prominent Twitter users in recent days as the company faces growing criticism over the proliferation of fake accounts and scrutiny from federal and state inquiries into the shadowy firms that sell fake followers.

The people losing followers include an array of entertainers, entrepreneurs, athletes and media figures, many of whom bought Twitter followers or artificial engagement from a company called Devumi. Its business practices were detailed in a New York Times article on Saturday describing a vast trade in fake followers and fraudulent engagement on Twitter and other social media sites, often using personal information taken from real users. Twitter said on Saturday that it would take action against Devumi’s practices. A Twitter spokeswoman on Tuesday declined to comment about whether the company was purging fake accounts.

The singer Clay Aiken, the actor John Leguizamo and the reality TV star Lisa Rinna have each lost a substantial number of followers, according to a review of their accounts. So has Martha Lane Fox, a British businesswoman and Twitter board member. Other well-known users have taken to Twitter in recent days to complain of lost followers, suggesting that a broad swath of people may be affected, not just Devumi customers.

At least 65,000 fake followers were bought for Martha Lane Fox, a Twitter board member. Ms. Lane Fox blamed purchases on a rogue employee.

Each dot shown here is an account that was recently following @marthalanefox.

The day after the Times investigation was published, her follower count dropped by just over 46,000. But the distinct patterns seen here suggest that many bots remain on the platform.

The company’s heightened campaign against bots comes as federal lawmakers and law enforcement officials in two states are scrutinizing Devumi and its competitors online, where numerous websites sell fake followers or engagement on Twitter, LinkedIn, YouTube, Instagram and other social media platforms.

On Tuesday, Senators Jerry Moran of Kansas and Richard Blumenthal of Connecticut — the chairman and the ranking member, respectively, of the Senate subcommittee on consumer protection and data security — asked the Federal Trade Commission to begin an investigation into the “deceptive and unfair marketing practices” of Devumi and similar companies. While Devumi promises customers “100 Percent Active, English Followers,” virtually all of the followers and retweets the company provides are fake, The Times found. Twitter prohibits buying followers of any kind.

The Florida attorney general, Pam Bondi, a Republican, has also begun an investigation into Devumi, joining Eric T. Schneiderman, the New York attorney general and a Democrat, who announced on Saturday that he would begin reviewing whether the company had violated state laws against impersonation and commercial deception.

The Times found evidence that the information of Twitter users in every state — including thousands of people in Florida and New York — had been copied onto bots sold by Devumi or rival companies.

The Distribution of Deception

At least 55,000 fake accounts use the names, profile pictures, hometowns and other personal details of real Twitter users, including minors, according to a Times data analysis. The original accounts list locations in all 50 U.S. states. 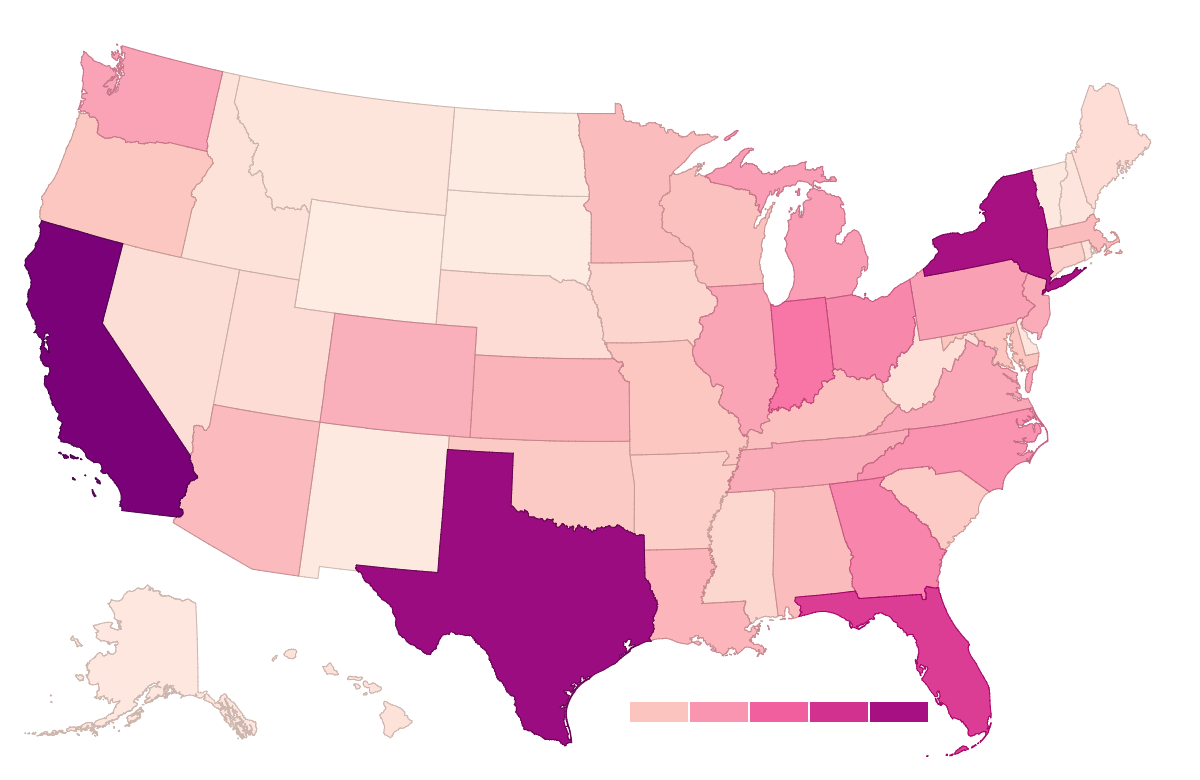 By The New York Times

Devumi was based in Florida until recently but lists a New York City address on its website. The company’s owner, German Calas, also lives in Florida.

“Based on the New York Times article, we have opened an investigation into these very serious allegations,” Ms. Bondi said in an interview Tuesday. “We would encourage any citizens who believe they have been a victim of this scam to please contact the Florida attorney general’s officeimmediately.”

Mr. Calas did not respond to an email seeking comment. But on Monday, Devumi’s parent company, Bytion, filed paperwork in Florida indicating that it had moved its principal place of business to Colorado. Jared Stark, a lawyer for Mr. Calas’s business, said in an email that both companies had relocated to Denver earlier in January, a move he described as “in the works for some time.” He declined to comment on the investigations into Devumi.

A reporter visiting Bytion’s Denver office on Tuesday found it largely empty, save for a few boxes against one wall and patio furniture on a balcony. Gerald Sexton, Bytion’s director of people and culture, declined to comment and said that Mr. Calas was not available.

A few minutes later, a process server arrived at the office to deliver a subpoena from Mr. Schneiderman’s office. A spokeswoman for Mr. Schneiderman declined to comment.

The disclosure of dozens of Devumi’s customers in entertainment, politics and business has sparked a renewed debate — often carried out on Twitter itself — about the prevalence of fraud and fakery on social media, where tens of millions of fake users still roam.

The Chicago Sun-Times announced on Monday that it would suspend publishing reviews by the newspaper’s film critic, Richard Roeper, while conducting a review of his social media following. Mr. Roeper bought at least 25,000 followers from Devumi, according to records reviewed by The Times, and an analysis of his account indicates that many of his nearly quarter-million Twitter followers are fake accounts.

Both Twitter and Facebook verify the identity of some celebrities, politicians and other high-profile users and include blue check marks on their account pages, in part to prevent scam artists from impersonating them. But a vast majority of accounts are not vetted in the same way.

Moreover, Twitter does not require that accounts be associated with a real person. Mark Cuban, a prominent technology investor, tweeted on Monday that it was time for Twitter to change that policy, and for Facebook to tighten its requirements. Mr. Cuban elaborated over email, saying that automated accounts, or bots, and impersonation on Twitter had made him less enthusiastic about using the platform.

“I don’t think your user handle or profile has to reflect your actual name or picture,” Mr. Cuban said. “I do think Twitter would benefit from requiring every account(s) being tied back to an individual. If someone wants to run a bot account, great, but identify a person behind it.”

Some federal and state lawmakers have called for more stringent laws regulating social media companies, in part to combat the epidemic of fake accounts. Many fake accounts are deployed by Russia and other countries seeking to influence American politics, but others are used by marketing companies to influence consumers and even policymakers.

“There are any number of interest groups looking to shape public opinion,” Mr. Levine said in an interview. “We’ve seen all of this exploited and millions of people manipulated.”