The billionaire tech titan and NASA have clashed over the concept of how possible it is for Mars to be habitable by humans in the near future.

This week, the US space ageny said the idea of making the surface of Mars habitable in the near future is not realistic.

"Science fiction writers have long featured terraforming, the process of creating an Earth-like or habitable environment on another planet, in their stories," NASA says in a written statement released Monday.

“Scientists themselves have proposed terraforming to enable the long-term colonisation of Mars."

However, it adds, "transforming the inhospitable Martian environment into a place astronauts could explore without life support is not possible without technology well beyond today's capabilities".

NASA referenced a study by Bruce Jakosky of the University of Colorado, which suggested the atmosphere surrounding Mars is too thin and the temperature too cold to allow for liquid water. 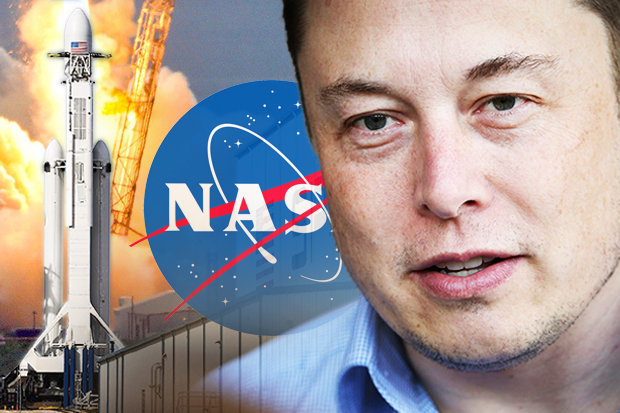 MARS: Elon Musk and NASA are battling out to get to the Red Planet first

One way to make terraforming Mars possible, some suggest, is by releasing carbon dioxide from the polar ice caps and soil on Mars to create an atmosphere thick enough to warm the planet up and make liquid water possible.

There is just not enough carbon dioxide trapped in various sources in Mars to make this possible, the NASA-sponsored study claimed.

"Our results suggest that there is not enough CO2 remaining on Mars to provide significant greenhouse warming were the gas to be put into the atmosphere; in addition, most of the CO2 gas is not accessible and could not be readily mobilised.

As a result, terraforming Mars is not possible using present-day technology," said Jakosky in a written statement released by NASA about the study.

But billionaire SpaceX CEO Musk says the Red Planet can be made hospitable to humans, and he's already planning for the reality. 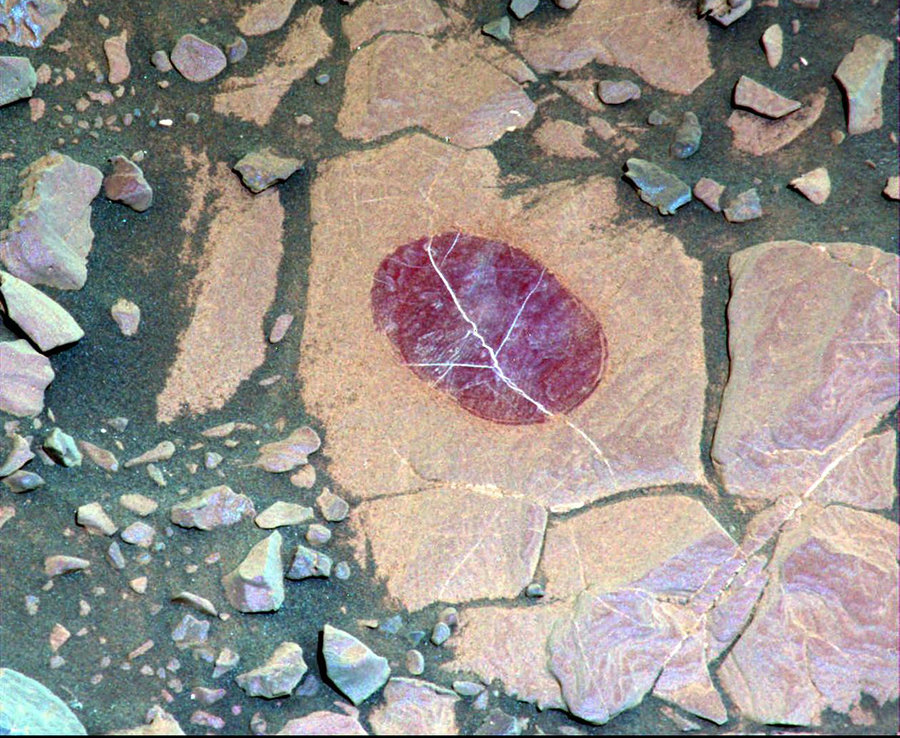 On stage at the 2017 International Astronautical Congress in Adelaide, Australia, in September, Musk said he wants to land at least two cargo ships on Mars by 2022.

And, by 2024, Musk says he wants to sends passengers to Mars.

"I feel fairly confident that we can complete the ship and be ready for a launch in about five years. Five years seems like a long time to me," Musk said in September.

"Then build up the base, starting with one ship, then multiple ships, then start building out the city, then making the city bigger, and even bigger. And yeah, over time terraforming Mars and making it really a nice place to be." 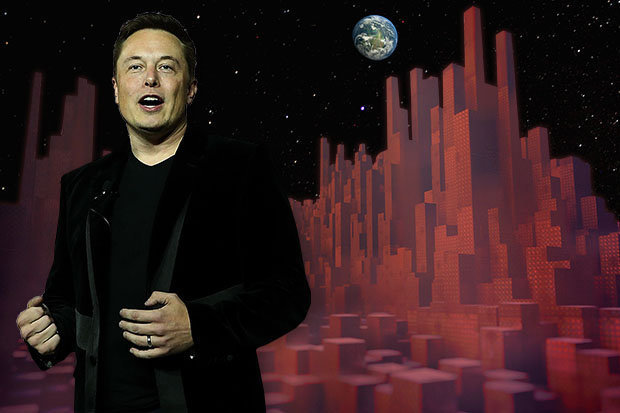 CITY OF THE FUTURE: Elon Musk envisions a human city on Mars within 50 years 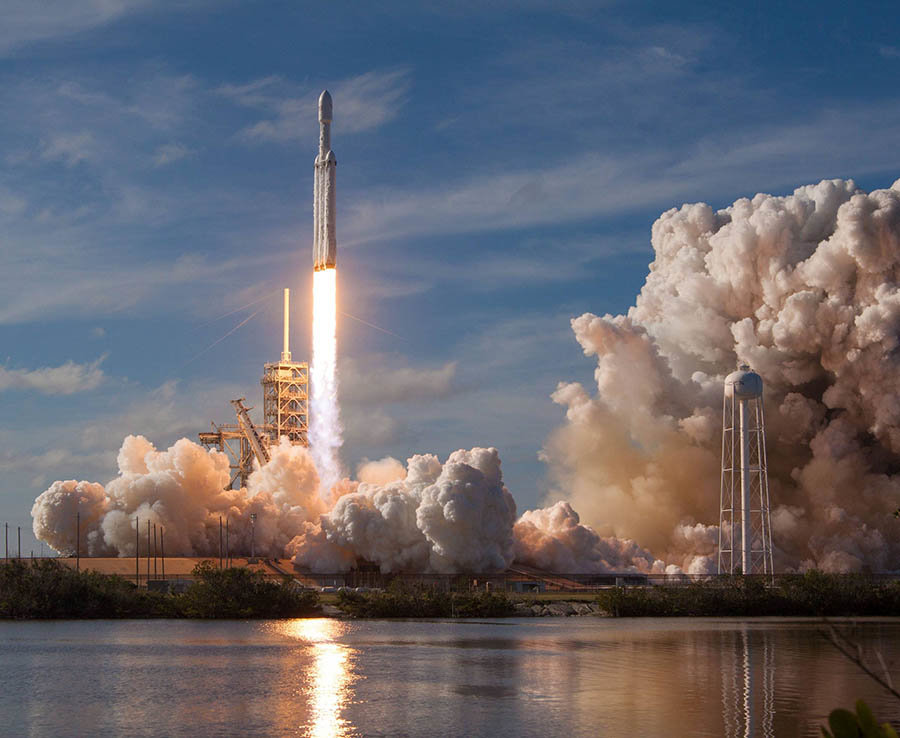 "There's a massive amount of CO2 on Mars adsorbed into soil that'd be released upon heating. With enough energy via artificial or natural (sun) fusion, you can terraform almost any large, rocky body," Musk said.

For a follow-up story with the headline, "No Seriously, Elon. You Can't Just Nuke Mars (We Asked)," Discovery Magazine brought Musk's contention to Jakosky and Roger Wiens, a scientist at Los Alamos National Laboratory.

"When you're thinking about a technology far into the future, you can think about anything you like and imagine it's feasible," Jakosky told Discovery.

"That's why we stuck with today's technology — things we actually know how to do."

Musk continued to protest, and he provided a link to a study featuring a NASA scientist with the opposite perspective. 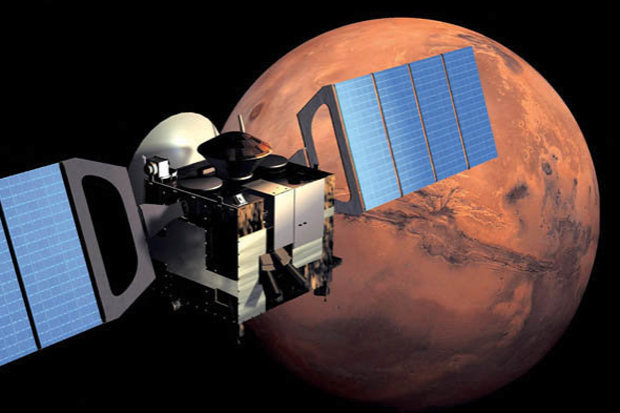 MISSION: Musk plans to send cargo to Mars by 2022

"It is concluded that a drastic modification of Martian conditions can be achieved using 21st century technology. The Mars so produced will closely resemble the conditions existing on the primitive Mars. Humans operating on the surface of such a Mars would require breathing gear, but pressure suits would be unnecessary," says the study shared by Musk, which is authored by Christopher P. McKay of the NASA Ames Research Center and Robert M. Zubrin of Martin Marietta Astronautics.

"With outside atmospheric pressures raised, it will be possible to create large dwelling areas by means of very large inflatable structures. Average temperatures could be above the freezing point of water for significant regions during portions of the year, enabling the growth of plant life in the open. The spread of plants could produce enough oxygen to make Mars habitable for animals in several millennia."

Zubrin chimed in on Twitter after Musk shared the study he wrote with McKay and said there is indeed enough CO2 on Mars.

In a follow-up statement, NASA hedged its bets, clarifying that the technology for terraforming Mars is not available yet.

"Loss of atmosphere to space is the largest 'sink' for CO2, accounting for a large fraction of any early CO2 and making it unavailable on the planet today," NASA tells CNBC Make It in an emailed statement. "While researchers feel future technology in the coming decades will allow for such methods to terraform, the first step is to better understand Mars before any humans live and work there." 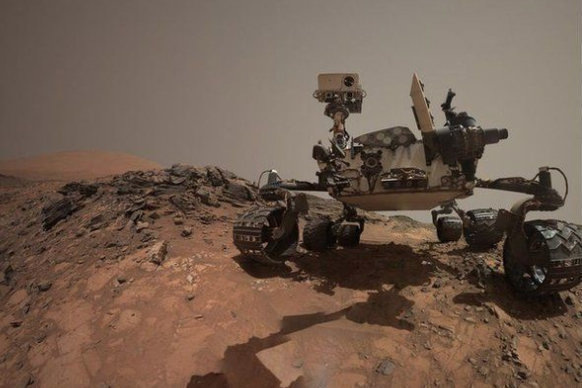 ROVER: NASA's tech has been on the Red Planet for 2,000 days 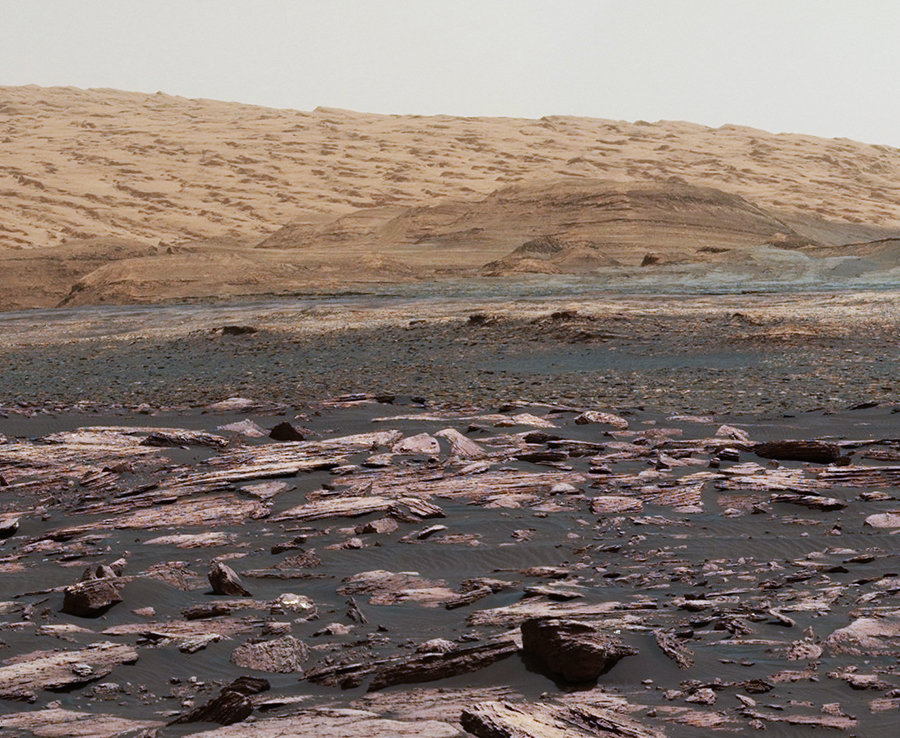 NASA
Four geological layers to be examined by the mission, and higher reaches of Mount Sharp beyond the planned study area

NASA has spent billions hunting for traces of life on the Red Planet – with one expert claiming aliens “do exist” and will be found within the next 10 years.

Its long-term goal is to send a manned mission to Mars in the 2030s.

However, former astronaut Buzz Aldrin thinks that a slightly later target date of 2040 is more realistic.

Meanwhile, Musk and aerospace giant Boeing have poured billions into their mission to colonise the planet.