THE POLITICAL CORRUPTION EVIDENCE | THE ELON MUSK REPORTS -- (Click HERE, on this title, to open the Gallery) | Another Tesla Slams Into Tree In Florida, Bursting Into Flames And Killing Driver ELON MUSK IS A CROOK AND SCAMMER

Another Tesla Slams Into Tree In Florida, Bursting Into Flames And Killing Driver

Another Tesla Slams Into Tree In Florida, Bursting Into Flames And Killing Driver

UPDATE 2/25/2019: It is being reported that the Tesla involved in the accident caught fire a second time while sitting at the tow yard.

The same @Tesla that burst into flames after a deadly high speed wreck on S. Flamingo Road caught fire again while sitting at the tow yard this morning. @DaviePolice identify the driver who died yesterday as Omar Awan. pic.twitter.com/OOlxKwFhsD

While the details of the accident still remain undisclosed, Local 10 News in Broward County, Florida reported on Sunday evening that a Tesla driver was killed after his vehicle crashed into a tree along Flamingo Road in Davie, Florida. As the incident was being reported, shocking video surfaced on Twitter of the vehicle engulfed in flames.

WATCH: A @Tesla crashes into a tree and bursts into flames in Davie on Flamingo Rd. Unfortunately the driver died on scene according to Davie Fire Rescue. We have @SanelaWPLG on scene working the story. (🎥 via Daniel Dobb) pic.twitter.com/uJCKjWOPJx

A spokesperson for Davie Fire Rescue said that the crash is what caused the Tesla to "burst into flames".

Alarmingly, Ty Russell from CBS 4 Miami reported that: "Police say officers tried to save the driver but couldn’t open the door because there was not a handle."

Investigators in Davie are looking into a crash involving a Tesla on S Flamingo Road near 10th. Police say officers tried to save the driver but couldn’t open the door because there was not a handle. Car burst into flames. Unclear what led to the single-car crash. @CBSMiami pic.twitter.com/FrbmfOio9r 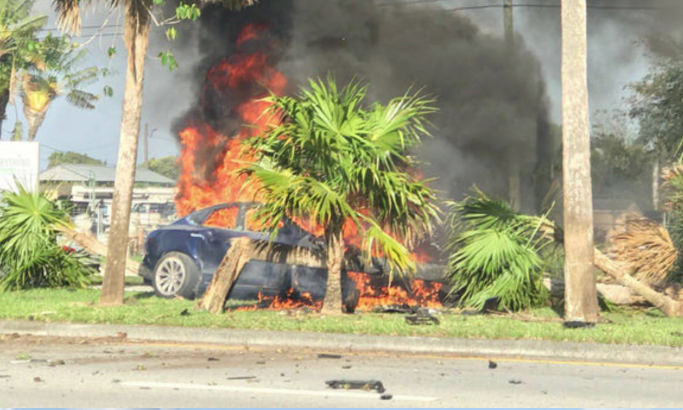 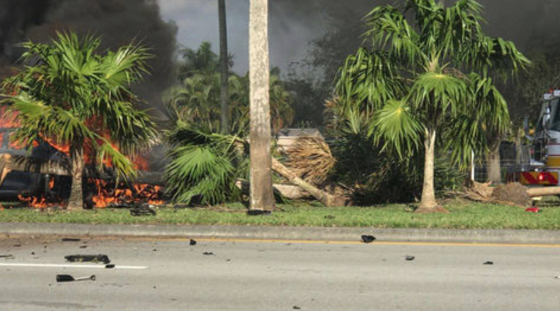 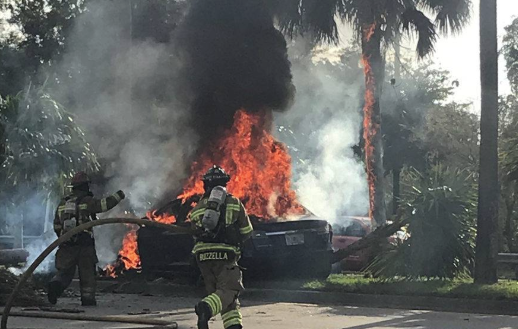 Paramedics arrived and pronounced the driver dead at the scene and the southbound lanes of Flamingo Road, where the accident took place, have been closed. Witnesses say that the Tesla was "traveling at a high rate of speed" prior to the crash. 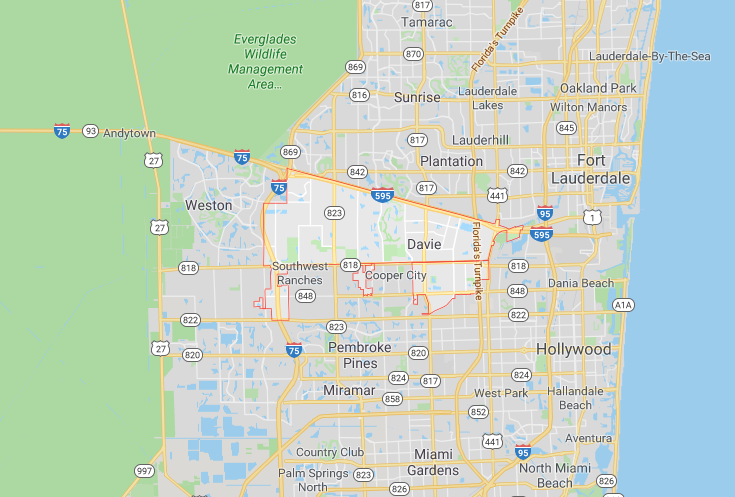 Recall that in May of this year, two teens were killed after their Tesla sped into a wall in Fort Lauderdale, Florida. That crash caused the car's electric engine to catch fire. After that crash, the National Transportation Safety Board found that the Tesla's lithium ion battery, which was the source of the fire, reignited twice.

We will continue to update this story as more facts become available.