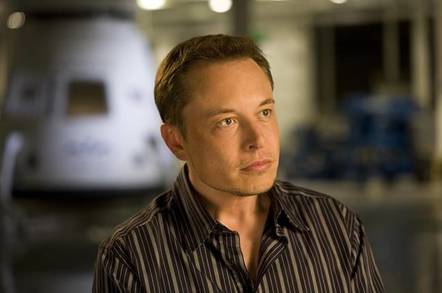 Tesla's Autopilot department – developing the software for the ‘leccy car maker's autonomous driving systems – has lost about 10 per cent of its staff, according to reports.

The exits come in the midst of a wider shake-up of the software unit, according to Telsa fan site Electrek. The site names five engineers from a total of 11 who have left the company. It suggested the departures are developers who do not subscribe to Musk's optimistic deadlines for autonomous driving.

Elon Musk has set aggressive targets for Autopilot to have its so-called Full Self Driving (FSD) system able to, er, fully self-drive by next year.

Despite Musk's commitment to timings, Tesla has struggled with the difficulties of real world driving and the unpredictability of real world drivers. Testing by Consumer Reports last month judged Tesla's systems to be far worse than people at changing lanes for instance.

Musk famously said in 2015 that building systems to drive cars was an easy problem to solve – he said in March that year that self-driving cars were "almost a solved problem".

Destroying the city to save the robocar

The difficulty for Tesla is that it has been selling FSD as an option which will be enabled on its cars. Tesla recently promised a chip upgrade was all that older cars would need to become, once the software is sorted out, fully self-driving.

Current cars are sold on a promise that they have all the needed hardware in place and are simply waiting for the software to catch up. At some point customers will demand that FSD actually works, or some will want their cash back.

Of course the larger problem is that self-driving is more than a software problem; it requires real world testing and convincing of regulators before it becomes a usable function.