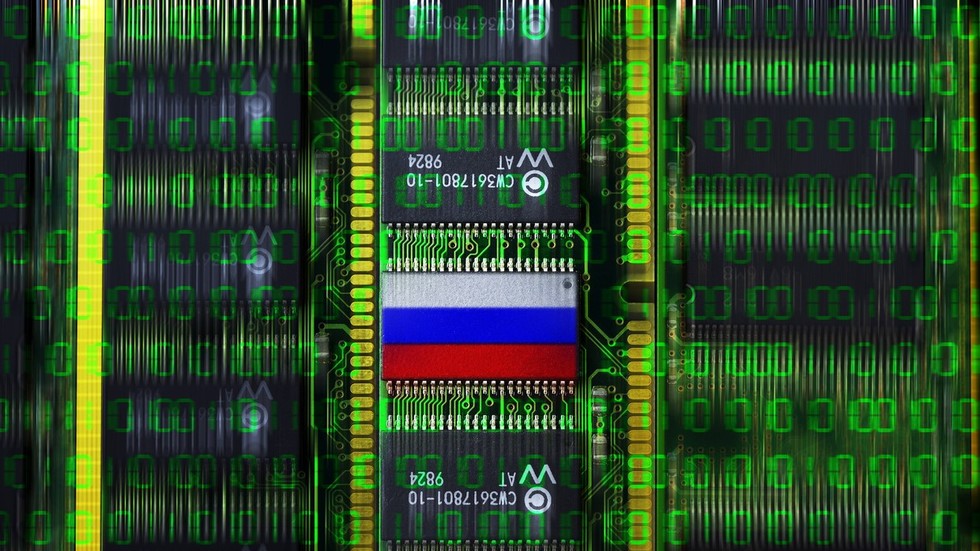 © Global Look Press
US cyber-security experts have blamed Russia for meddling in American elections since 2016. Now it has emerged that authors of a Senate report on ‘Russian’ meddling actually ran a “false flag” meddling operation themselves.

Described by the New York Times as a group of “tech specialists who lean Democratic,” New Knowledge has ties to both the US military and intelligence agencies. Its CEO and co-founder Jonathon Morgan previously worked for DARPA, the US military's advanced research agency. His partner, Ryan Fox, is a 15-year veteran of the National Security Agency who also worked as a computer analyst for the Joint Special Operations Command (JSOC). Their unique skill sets have managed to attract the eye of investors, who pumped $11 million into the company in 2018 alone.

Morgan and Fox have struck gold in the “Russiagate” racket, which sprung into being after Hillary Clinton blamed Moscow for Donald Trump’s presidential victory in 2016. Morgan, for example, is one of the developers of the Hamilton 68 Dashboard, the online tool that purports to monitor and expose narratives being pushed by the Kremlin on Twitter. The dashboard is bankrolled by the German Marshall Fund's Alliance for Securing Democracy – a collection of Democrats and neoconservatives funded in part by NATO and USAID.

It is worth noting that the 600 “Russia-linked” Twitter accounts monitored by the dashboard are not disclosed to the public, making it impossible to verify its claims. This inconvenience has not stopped Hamilton 68 from becoming a go-to source for hysteria-hungry journalists, however.

From the way it was formed to the secrecy of its "methods" to the blatantly false assumptions on which its claims rest, "Hamilton68" is probably the single most successful media fraud & US propaganda campaign I've seen since I've been writing about politics. It's truly shocking.

New Knowledge’s victory lap was short-lived. On December 19, a New York Times story revealed that Morgan and his crew had created a fake army of Russian bots, as well as fake Facebook groups, in order to discredit Republican candidate Roy Moore in Alabama's 2017 special election for the US Senate.

Working on behalf of the Democrats, Morgan and his crew created an estimated 1,000 fake Twitter accounts with Russian names, and had them follow Moore. They also operated several Facebook pages where they posed as Alabama conservatives who wanted like-minded voters to support a write-in candidate instead.

In an internal memo, New Knowledge boasted that it had “orchestrated an elaborate 'false flag' operation that planted the idea that the Moore campaign was amplified on social media by a Russian botnet.”

It worked. The botnet claim made a splash on social media and was further amplified by Mother Jones, which based its story on expert opinion from Morgan's other dubious creation, Hamilton 68.

Russian trolls tracked by #Hamilton68 are taking an interest in the AL Senate race. What a surprise. pic.twitter.com/Nz1PNmuT2R

Ultimately, Moore ended up losing the race by a miniscule 1.5 percentage points – making his opponent Doug Jones the first Democrat to represent Alabama in the US Senate in over 25 years.

Things got even weirder when it turned out that Scott Shane, the author of the Times piece, had known about the meddling for months, because he spoke at an event where the organizers boasted about it!

Shane was one of the speakers at a meeting in September, organized by American Engagement Technologies, a group run by Mikey Dickerson, President Barack Obama’s former tech czar. Dickerson explained how AET spent $100,000 on New Knowledge’s campaign to suppress Republican votes, “enrage” Democrats to boost turnout, and execute a “false flag” to hurt Moore. He dubbed it “Project Birmingham.”

This gets even weirder: NYT reporter @ScottShaneNYT, who broke the Alabama disinfo op story, learned of it in early September when he spoke at an off-the-record event organized by one of the firms that perpetrated the deception https://t.co/gIAytOh2yy

The money for the venture came from a $750,000 contribution to AET by Reid Hoffman, the billionaire co-founder of LinkedIn and a big Democrat donor. Once that emerged, Hoffman offered a public apology for his connection to the shady operation, but insisted that he didn't know what his money was going towards.

“I find the tactics that have been recently reported highly disturbing,” Hoffman said in a statement.

“For that reason, I am embarrassed by my failure to track AET — the organization I did support — more diligently as it made its own decisions to perhaps fund projects that I would reject.”

As for Shane, he told BuzzFeed that he was “shocked” by the revelations, but had signed a nondisclosure agreement at the request of AET, so he could not talk about it further.

Shane’s spin on the tale was that New Knowledge “imitated Russian tactics” as part of an “experiment” that had a budget of “only” $100,000 and had no effect on the election. Yet these tactics are only considered “Russian” because New Knowledge and similar outfits said so! Moreover, New Knowledge’s budget in Alabama was greater than the reported amount spent by “Russians” on the 2016 US presidential election, yet Moscow’s alleged meddling was supposed to be decisive, while New Knowledge’s failed?

New Knowledge responded to the Times story by insisting that the “false flag” operation was actually a benign research project. In a statement posted on Twitter, the company's CEO claimed that its activities during the Alabama Senate race were conducted in order to “better understand and report on the tactics and effects of social media disinformation.”

My statement on this evening's NYT article. pic.twitter.com/lsJuRqiffL

Morgan emphasized that he in no way took part in an influence campaign, and warned people not to mischaracterize his “research.”

While the New York Times seemed satisfied with his explanation, others pointed out that Morgan had used the Hamilton 68 dashboard to give his “false flag” more credibility – misleading the public about a “Russian” influence campaign that he knew was fake.

The final nail in the coffin of Morgan’s story came on Thursday, when the leaked secret after-action report from “Project Birmingham” was published online, showing that those behind the Alabama campaign knew perfectly well what they were doing and why.

**an exclusive release by @JeffGieseahttps://t.co/VXrCeb8LAD

So, it turns out there really was meddling in American democracy by “Russian bots.” Except they weren’t run from Moscow or St. Petersburg, but from the offices of Democrat operatives chiefly responsible for creating and amplifying the “Russiagate” hysteria over the past two years in a textbook case of psychological projection.