Wealthfront Advisers and Hedgeable misled customers, agency says; they will pay $250,000 and $80,000, respectively, to settle claims 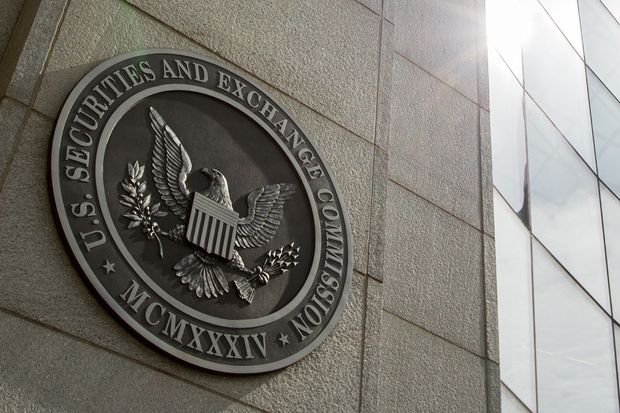 The SEC two years ago said it would scrutinize robo advisers to check on compliance with securities laws. Photo: Andrew Harnik/Associated Press
Comments
By
Dave Michaels

Wealthfront, which manages $11 billion in assets, agreed to pay $250,000 to settle Securities and Exchange Commission claims that it failed to monitor accounts as it promised to avoid transactions that could erode tax benefits from other trades.

The SEC on Friday also settled an enforcement action with a smaller robo adviser, Hedgeable Inc.

The SEC two years ago said it would sweep the growing robo-advisory industry to check how the upstart firms complied with securities laws. Robo advisers use automated tools to create portfolios for clients, rather than relying on people to pick investments and counsel customers through decisions. Assets with robo advisers have grown to more than $200 billion, according to research firm Backend Benchmarking.

In the case against Wealthfront, the SEC alleged the company failed to monitor accounts for “wash sales,” or trades that involve buying a security back shortly selling the same shares. Wash sales can eliminate tax benefits that come from selling a security at a loss. Wealthfront had told clients it would look for wash sales to ensure they didn’t interfere with tax losses clients could claim.

Wealthfront said wash sales didn’t happen often: The number of wash sales from 2014 through 2016 was just 2.3% of all tax losses harvested for clients.

Nonetheless, the SEC said the robo adviser misled clients by telling them it “monitors all the accounts it manages for each client to avoid any transactions that might trigger a wash sale.”

“We take our regulatory duties seriously at Wealthfront and are happy to have reached a settlement with the SEC,” the company said.

The SEC’s settlement order also alleges that Wealthfront paid some bloggers when articles or advertisements on their webpages resulted in people opening new accounts with the robo adviser. Wealthfront should have had written agreements with the bloggers stipulating how they solicit clients, and should have made certain disclosures of its own about the program, the SEC said.

The payments to bloggers amounted to $97,000 over about one year, the SEC’s order said.

The SEC also said that Wealthfront violated a rule prohibiting investment advisers from using client endorsements to drum up new business. The agency said the robo adviser did that when it retweeted positive statements from its employees, investors and clients.

The SEC’s enforcement cases have increasingly made use of statements that executives, traders or companies make on social media, including Twitter. The SEC said some clients retweeting Wealthfront’s messages could earn free services if a person who saw the tweet later enrolled with Wealthfront.

In a separate case, Hedgeable, a robo adviser that manages $81 million, agreed to pay $80,000 to settle SEC allegations that it misleadingly compared its performance to that of other robo advisers. The SEC said Hedgeable calculated its returns based on less than 4% of client accounts.

A lawyer for Hedgeable didn’t return a message seeking comment.

On Friday the SEC also settled an enforcement action with accounting firm Crowe LLP over claims it failed to properly audit a company that went bankrupt in 2015 after the discovery of $100 million in federal payroll-tax liabilities that were unpaid.

The accounting firm, formerly called Crowe Horwath LLP, will pay $1.5 million to settle the case, the SEC said. Crowe said that the claims were related to a single audit in 2014 and that it is committed to “the highest standards of audit quality and regulatory compliance.”

Crowe’s lead auditor on the account will pay $25,000 and agreed to be barred from auditing public companies for three years.

Write to Dave Michaels at dave.michaels@wsj.com