A US military agency is investing $100m in genetic extinction technologies that could wipe out malarial mosquitoes, invasive rodents or other species, emails released under freedom of information rules show.

The documents suggest that the US’s secretive Defense Advanced Research Projects Agency (Darpa) has become the world’s largest funder of “gene drive” research and will raise tensions ahead of a UN expert committee meeting in Montreal beginning on Tuesday.

The UN Convention on Biological Diversity (CBD) is debating whether to impose a moratorium on the gene research next year and several southern countries fear a possible military application.

UN diplomats confirmed that the new email release would worsen the “bad name” of gene drives in some circles. “Many countries [will] have concerns when this technology comes from Darpa, a US military science agency,” one said.

The use of genetic extinction technologies in bioweapons is the stuff of nightmares, but known research is focused entirely on pest control and eradication. 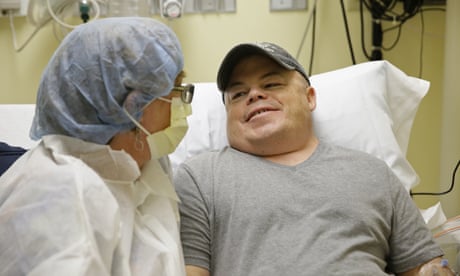 Scientists make first ever attempt at gene editing inside the body

Cutting-edge gene editing tools such as Crispr-Cas9 work by using a synthetic ribonucleic acid (RNA) to cut into DNA strands and then insert, alter or remove targeted traits. These might, for example, distort the sex-ratio of mosquitoes to effectively wipe out malarial populations.

Some UN experts, though, worry about unintended consequences. One told the Guardian: “You may be able to remove viruses or the entire mosquito population, but that may also have downstream ecological effects on species that depend on them.”

“My main worry,” he added, “is that we do something irreversible to the environment, despite our good intentions, before we fully appreciate the way that this technology will work.”

Jim Thomas, a co-director of the ETC group which obtained the emails, said the US military influence they revealed would strengthen the case for a ban.

“The dual use nature of altering and eradicating entire populations is as much a threat to peace and food security as it is a threat to ecosystems,” he said. “Militarisation of gene drive funding may even contravene the Enmod convention against hostile uses of environmental modification technologies.”

Todd Kuiken, who has worked with the GBIRd programme, which receives $6.4m from Darpa, said that the US military’s centrality to gene tech funding meant that “researchers who depend on grants for their research may reorient their projects to fit the narrow aims of these military agencies”.

Between 2008 and 2014, the US government spent about $820m on synthetic biology. Since 2012, most of this has come from Darpa and other military agencies, Kuiken says.

In an email reporting a US military-organised conference in June, a US government biologist noted that Darpa’s biotechnology program manager Renee Wegrzynhad said “the safe genes projects account [was] for $65m, but then mentioned with all other support in the room, it was $100m”.

A Darpa spokesman said that the figure was “a liberal, notional estimate” that included researchers at the meeting funded by Darpa under related efforts.

“Darpa is not and should not be the only funder of gene-editing research but it is critical for the Department of Defense to defend its personnel and preserve military readiness,” he said.

Darpa believes that a steep fall in the costs of gene-editing toolkits has created a greater opportunity for hostile or rogue actors to experiment with the technology.

“This convergence of low cost and high availability means that applications for gene editing – both positive and negative – could arise from people or states operating outside of the traditional scientific community and international norms,” the official said. “It is incumbent on Darpa to perform this research and develop technologies that can protect against accidental and intentional misuse.”

Gene-drive research has been pioneered by an Imperial College London professor, Andrea Crisanti, who confirmed he has been hired by Darpa on a $2.5m contract to identify and disable such drives.

Fears that the research could be channeled towards bioweapons were “all fantasy”, he said. “There is no way this technology could be used for any military purpose. The general interest is in developing systems to contain the undesired effects of gene drives. We have never been asked to consider any application not for the good of eliminating plagues.”

Interest in the technology among US army bureaus has shot up since a secret report by the elite Jason group of military scientists last year “received considerable attention among various agencies of the US government”, according to an email by Gerald Joyce, who co-chaired a Jason study group in June.

A second Jason report was commissioned in 2017 assessing “potential threats this technology might pose in the hands of an adversary, technical obstacles that must be overcome to develop gene drive technology and employ it ‘in the wild’,” Joyce wrote.

The paper would not be publicly disclosed but “widely circulated within the US intelligence and broader national security community”, his email said.