THE POLITICAL CORRUPTION EVIDENCE | SONY PICTURES CORRUPTION -- (Click HERE, on this title, to open the Gallery) | Julian Assange and the Woeful State of Whistle-Blowers

Julian Assange and the Woeful State of Whistle-Blowers

Julian Assange and the Woeful State of Whistle-Blowers

As the media’s indispensable helpmates, don’t they deserve constitutional protection too?

Dr. Wasserman is the dean of the Graduate School of Journalism at the University of California, Berkeley. 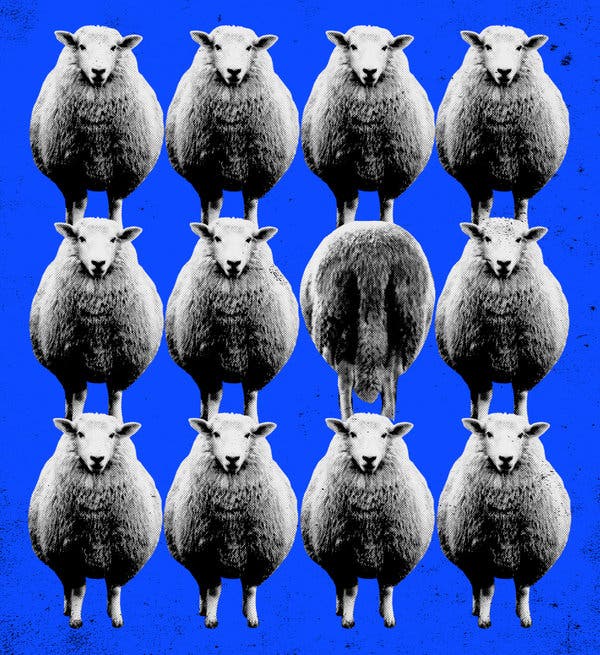 To the journalism mainstream, Julian Assange, newly imprisoned founder of WikiLeaks, is less a hero than a conundrum. True, he was midwife to some of the most sensational and genuinely consequential journalistic disclosures of recent years. Yet he’s a perplexing figure, among the “righteous scumbags” who often figure in free-speech cases, as a headline on the Columbia Journalism Review website puts it, or maybe just “a solid jerk,” as the columnist Kathleen Parker suggests.

The underlying question is whether Mr. Assange is too reckless, undiscerning, unprincipled and morally damaged to merit defending for his work in getting hugely significant information to the public, via some of the same news media that now find him distasteful.

Many journalists doubt that he deserves First Amendment consideration, since that belongs mainly to other journalists, which they say Mr. Assange isn’t. And it’s true that he’s plainly not a reporter, since he conveys information unearthed by others, and not a publisher either, since he often works through other news outlets to reach the public.

So he isn’t really one of us. Worse, he’s a rogue. He even helped the Russians defeat Hillary Clinton in 2016. Until April 11, when his hosts invited the London constabulary to drag him out and put him behind bars, he’d been squatting for nearly seven years in Ecuador’s tiny embassy there to avoid extradition to Stockholm, where the Swedes wanted him to answer allegations of sexual wrongdoing. Now, in the aftermath, The Washington Post’s editorialists declare he’s not “a free-press hero,” and the headline on an article by The Post’s foreign affairs columnist, David Ignatius, asks whether he’s anything more than “an accused thief.”

My answer is he’s a lot more. News is in danger, and news isn’t a person, it’s a process, which desperately needs protecting. The element of that process that is most in peril is the source, and for all his sins, real and alleged, Julian Assange has been one of the most extraordinary sources of the new millennium.

WikiLeaks enabled spectacular disclosures of official secrets — from war crimes, torture and atrocities on civilians in Iraq and Afghanistan to corruption in Kenya and Tunisia, the latter a catalyst of the Arab Spring. His jailing is the latest event in the ferocious reprisal against a decade of digital whistle-blowing — which has never, to my knowledge, yielded information that was inaccurate or unimportant — and that has now produced little but misery, banishment or imprisonment for the people who tried to force officialdom to come clean.

So we’re in a chilly time for whistle-blowers. While the digital age is endlessly permissive in propagating falsity and racism, authorities are uncompromisingly harsh when the information is accurate, important and inconvenient. Now that Mr. Assange is in British hands — awaiting extradition either to Sweden or to Washington, where he has been indicted on a charge of coaching one of his sources, Chelsea Manning, on how to get access to government secrets without detection — it’s a good time to consider what he has done and been accused of, and what that says about the embattled state of journalism.

Let’s recall some facts of importance. In 2010 — and this is when the sin for which Mr. Assange has been jailed was supposedly committed — WikiLeaks provided some of the world’s most respected news organizations with accurate information of deep public importance that exposed outrageous, even murderous, wrongdoing. Mr. Assange then submitted — perhaps gracelessly, but submitted nonetheless — to their editorial judgment as to how much of that information should be published and in what form. This included a vast trove exposing the American war effort in Iraq and Afghanistan as killing many more civilians than our government had ever acknowledged. A further batch included a huge number of reports from our own diplomats on the corruption and double-dealing of foreign governments.

Pretty good stuff, on balance. Still, there’s little sympathy in the media for the idea that jailing Mr. Assange is a violation of First Amendment press freedom — while there’s broad agreement that prosecuting the news organizations that published the material he provided would be unthinkable. This is bolstered by First Amendment jurisprudence that encourages a myopia that holds expressive freedom in the news realm to be the exclusive property of professional journalists. At first glance, this makes no moral sense: If the handing over of secrets can be prosecuted, why should the publication of those same secrets be protected?

The fabled Pentagon Papers win before the Supreme Court in 1971 stopped the government from halting publication; it didn’t forbid prosecuting the publishers afterward. That never happened. But the sources? Daniel Ellsberg and Anthony Russo were left to confront Espionage Act charges for their whistle-blowing that were not dismissed for nearly two years. They got little help from the same media that were eager to canonize themselves for their courage in publishing the leaks. 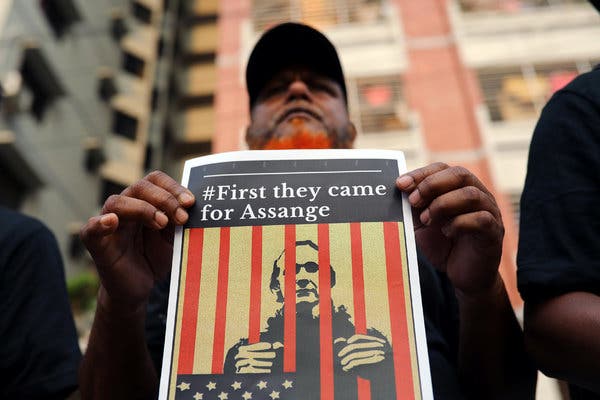 Why are whistle-blowers being jailed while reporters who publish their prohibited leaks win awards? Does the government’s restraint reflect nothing more than the reluctance of politicians to do battle with the digital equivalent of publishers who buy ink by the barrel?

Perhaps, though that has helped ensure press independence as a powerful force for official accountability. But shouldn’t sources also have independent standing as players indispensable to the news and deserving of constitutional protection? Can you have a free press without sources? Isn’t the process of news-gathering dependent not just on the skill and tenacity of reporters, but also on the willingness of sources to step forward, sometimes at great risk, and tell what they know?

Ms. Manning, the former Army intelligence analyst who was Mr. Assange’s source for the 2010 disclosures, is back behind bars — after serving nearly seven years for espionage for leaking secrets to WikiLeaks — for refusing to incriminate Mr. Assange in the squirrelly case the government is trying to assemble. The former National Security Agency contractor Edward Snowden, under indictment since 2013, remains exiled in Russia for exposing domestic surveillance that was later ruled illegal by federal courts, as Mr. Snowden himself believed. That’s not to mention Thomas Drake, Shamai Leibowitz, John Kiriakou, Stephen Kim, Jeffrey Sterling and, most recently, Reality Winner. All of them were informants who sought not to peddle secrets to the country’s enemies but to share information with the public about things they believed we needed to know. All were prosecuted, nearly all were jailed. The wrongs they sought to expose were not trivial.

The permissibility of secrecy violations should depend, in the final analysis, on a judgment as to whether the leaks made things better or worse. The public-benefit defense, which whistle-blowers can offer in many countries, is forbidden in ours. That should change. Yes, letting leakers use it may induce people to do foolish things in the poorly based hope they’ll be redeemed by a future consequence they cannot know. But it also offers a powerful promise: that ultimately the wisdom of the disclosure, even if illegal, will be reviewed by a dispassionate tribunal that will do what judges are supposed to do — make a judgment. Was the secrecy warranted? Was wrongdoing properly exposed? Did disclosure leave the public well served?

The media’s own de facto immunity from prosecution has been a great success historically, and no breach in that should be tolerated. Importantly, news organizations have responded to the freedom it ensures by following due-diligence practices that apply much the same logic described here — identify and minimize potential harms while serving the public’s right to be informed about matters of significance. Aren’t the media’s indispensable helpmates, their sources, entitled to some of that same deference?

As technology advances, will it continue to blur the lines between public and private? Explore what's at stake and what you can do about it. 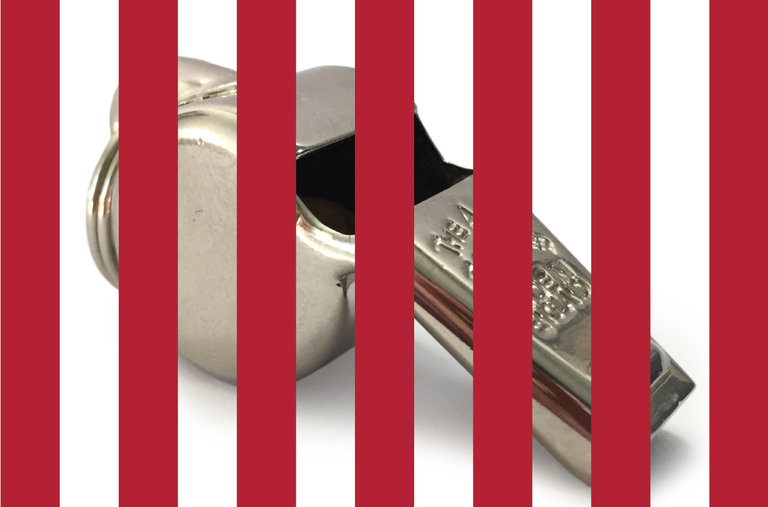 Edward Wasserman is a professor of journalism and dean of the Graduate School of Journalism at the University of California, Berkeley.