THE POLITICAL CORRUPTION EVIDENCE | SONY PICTURES CORRUPTION -- (Click HERE, on this title, to open the Gallery) | How big tech finally awakened to the horror of its own inventions

For an industry that prides itself on innovation, Silicon Valley loves to conform. The herd mentality can be seen everywhere, from tech executives’ collective commitment to wearing wool slippers in public to the spectacle of Facebook, Google and Twitter sheepishly echoing one another’s testimony at a series of congressional hearings in October.

In recent months, a new trend has emerged among the tech elite: publicly bashing the companies that made them enormously wealthy. 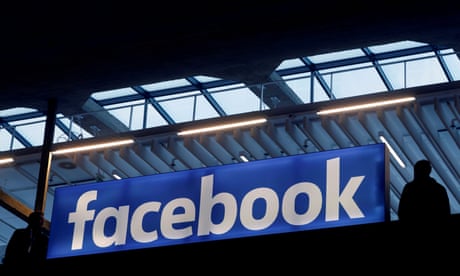 Sean Parker and Chamath Palihapitiya, both former Facebook executives, made headlines recently with sharp critiques of their former employers’ addictive qualities and damage to society. The pair joined a growing chorus of disenchanted techies, including the Facebook engineer who invented the Like button, the former Google ethicist Tristan Harris, and the designer who came up with the “pull to refresh” mechanism used by Twitter.

“I wake up in cold sweats every so often thinking: what did we bring to the world?” said Tony Fadell, the founder of Nest and one of the key architects of the iPod, at a conference in June. “Did we really bring a nuclear bomb with information that can – like we see with fake news – blow up people’s brains and reprogram them?”

Tech’s nascent moment of reckoning is welcome – if somewhat belated. Victor Frankenstein recognized that his creation was a “miserable monster” on the very same “dreary night of November” that he created it. It appears to have taken a full decade and a different dreary November night to awaken the new class of tech agonistes to the horror of their inventions.

The election of Donald Trump was “a big slap in the face” for people at Facebook, said Antonio Garcia-Martinez, a former Facebook product manager. To most Facebook employees, Garcia-Martinez said, “Trump is the incarnation of Satan. The fact that they helped Satan get elected does dog a lot of people.”

Ev Williams, one of the co-founders of Twitter, told the New York Times this spring that Twitter’s role in Donald Trump’s rise to the presidency was “a very bad thing”, adding: “If it’s true that he wouldn’t be president if it weren’t for Twitter, then yeah, I’m sorry.”

But tech’s new cohort of critics are not exactly profiles in courage, according to Siva Vaidhyanathan, a professor of media studies at the University of Virginia who is writing a book about Facebook.

“Social media scholars have been warning about the fact that Facebook has been hijacked by hateful groups, violent groups, authoritarian leaders for years. It’s just that very few people have been paying attention. It doesn’t take a huge intellectual leap to be a Facebook critic these days.”

Indeed, it took nearly a year for Mark Zuckerberg to apologize for dismissing concerns that Facebook’s amplification of misinformation could have influenced the presidential election as a “pretty crazy idea”.

Garcia-Martinez also cast doubt upon the sincerity of some of these mea culpas. “He hasn’t exactly given back his Facebook equity or the wealth that derived from it,” he said of Palihapitiya. “I think [Palihapitiya and Parker] might have minor pricklings of conscience, but are they really changed men who are seeking to redress their sins of the past? Fuck no.”

Many of the men who have become tech naysayers have changed in one crucial aspect, however: they have become fathers.

“A lot of the designers and coders who were in their 20s when we were creating these things didn’t have kids. Now they have kids,” Fadell said in June. “And they see what’s going on, and they say: ‘Wait a second.’”

Palihapitiya told CNBC that his own children were allowed “no screen time whatsoever”, while Parker, a father of two, said of social networking: “God only knows what it’s doing to our children’s brains.”

That Silicon Valley parents use the money they earn from tech to send their children to tech-free schools is no secret. But such qualms have not stopped the tech companies themselves from continuing to push their products on to other people’s children, both through partnerships with school districts and special apps for children as young as six.

Roger McNamee, an early investor in Google and Facebook and a stalwart of the new tech critics, lambasted the targeting of children in an article for the Guardian this year, writing: “Alphabet provides Chromebooks to elementary schools with the objective of capturing the attention, and perhaps even behavioral data, about children. At the same time, Alphabet’s YouTube Kids is a site filled with inappropriate content that creates addiction in children far too young to resist.”

When Facebook asks if social media is bad for us, it’s time to listen

Vaidhyanathan warned that even that conversation suffers from “the myopia of western Europe and America”.

“When we look around for the places where Facebook has been used and abused in the most damaging ways, we have to look at the Philippines, India, and Myanmar – places where whole radical nationalist movements have been fostered and executed on Facebook,” said Vaidhyanathan.

In recent months, news outlets have documented the role of Facebook in fomenting anti-Rohingya hatred in Myanmar and helping Rodrigo Duterte rise to power and stifle dissent in the Philippines.

If that nightmare is keeping anyone in Silicon Valley up at night, we haven’t heard about it yet. But it’s as good as certain that if one techie decides to take the leap and speak out, others will follow.

HUTTING DOWN GOOGLE’S COUP D’ETAT TAKE-OVER OF THE U.S. GOVERNMENT

In The Intercept’s notorious article about how Google bought the Obama White House and planted all of Google’s staff in the Department of Energy, Patent Office and The White House itself, shockers were revealed. Take a look at the original article at this link:

In a number of other investigative articles, by many credible sources, it was revealed that Google had taken over part of the operations of the U.S. Government in order to steer government cash and policy decisions to Google.

Many researchers are now hunting down those Google-shills in California State and U.S. Federal offices and reporting them for interdiction.

Researchers, reporters, citizen journalists and others are using Linkedin, Facebook, the Office of Personnel Management, and other records to track them and report them to Trump’s strategy guy: Bannon, and the Transition team of the President-Elect.

The Google plants, shills and ex-employees Coup D'Etat contractors and staff that Google planted in the U.S. Government are almost now completed identified. Looks like every single one is getting fired.

We heard that Google won't even be able to operate as a company within 38 months. Apparently corruption does NOT pay!

“If you know a Google, Report A Google”

Washington, DC insiders are being asked to send lists of Google front people, that got themselves embedded in government offices in order to manipulate cash to Google, to report them to the Trump Transition office in New York City.