Tristan Harris during his panel, Deep Dive: Sounding the Alarm on Kids and Tech, at the Aspen Ideas Festival in Colorado. Kristin Braga Wright for The Wall Street Journal
By
Betsy Morris

Tristan Harris emerged as the conscience of Silicon Valley two years ago, when his presentations about tech addiction prompted the industry’s giants to change the way they design products and grapple more seriously with the dark side of social media and smartphones.

Now he is issuing a new warning: None of the changes are even close to being enough.

Starting with a multimedia presentation in San Francisco on Tuesday, Mr. Harris is launching a roadshow in which he will present his central argument that technology is having a broader, more corrosive effect on society than most realize. None of the reform efforts being discussed around Silicon Valley and in Washington are enough to reverse the trends, he believes—not design tweaks or proposals to make companies pay for data or even breaking up the tech giants.

Technology hasn’t just hacked the attention of users, but it is having negative effects on their self-esteem through the obsession with likes and followers, and their self-will through features like autoplay on YouTube and Netflix that feeds videos continuously unless users make them stop. Not only is technology already at the root of polarization and fake news, he predicts the misuse of facial-recognition technology will soon further undermine trust in the biggest tech platforms—and likely the 2020 elections.

“This is really serious. We are not fooling around,” Mr. Harris says. “Technology is holding the pen of history right now. Every major election, and the culture of a new generation, is being written by who? Are they waking up and saying to themselves: I want to create a culture where we take pictures of ourselves all day?” 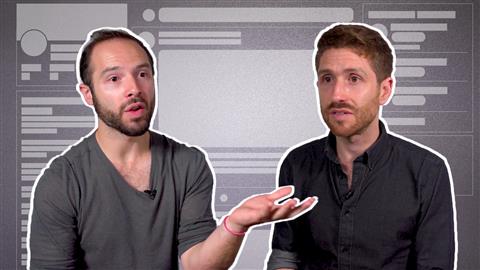 These points extend and magnify ones Mr. Harris has made before, and he says they are growing in urgency. He says he is determined to start a broader conversation around these issues, much like how former vice president Al Gore’s “An Inconvenient Truth” documentary heightened focus on climate change.

“As we’ve been upgrading machines, we’ve been downgrading humanity,” he says.

Mr. Harris, 34 years old, is fighting an uphill battle, to say the least. Many of the design elements that he argues against have been crucial for the industry’s growth, and a central part of the advertising model that drives many billions in revenue.

Yet the former product designer and ethicist at Google has credibility. He started the “Time Well Spent” movement more than four years ago; it took off two years ago after a TED Talk in which he outlined how a small number of tech companies were controlling billions of minds every day through features designed to attract and keep users’ attention.

“Tristan Harris is probably the strongest voice in technology pointing where the industry needs to go,” says Marc Benioff, co-CEO of Salesforce.com . Mr. Benioff, who said last year that social media should be regulated like tobacco, asked Mr. Harris to speak to his 40,000-person workforce in February “because this is a call to arms and everyone needs to hear him now.”

Mr. Harris in part is calling on technologists to develop a better understanding of how tech works on the human brain so they can make products that strengthen society instead of pulling it apart. He wants them to apply litmus tests as they make decisions, about whether their products dominate or elevate user emotions, decision-making and social interactions.

Aza Raskin, who co-founded the nonprofit Center for Humane Technology with Mr. Harris, is credited with inventing the “infinite scroll,” the feature that serves up bottomless social-media feeds.

Mr. Raskin regrets the introduction, which he says was one of the first tech features designed “not to help you but to keep you” on the screen. Likewise, much of social media, he says, is designed to capitalize on teen insecurities, causing the painful fear of missing out. That keeps them constantly distracted and checking their smartphones.

Messrs. Raskin and Harris believe the industry needs to shift to focus on how the human psyche can be hacked for good. Lead supporters of their center include the Gerald Schwartz and Heather Reisman Foundation and the Omidyar Network, among others.

Their research and theories will be part of a guide they will produce for designers. The two will also launch a podcast in June, called “Your Undivided Attention,” in which they take turns interviewing magicians, cult deprogrammers, Russian disinformation experts and others who can explain the damage done by manipulative tech design.

Mr. Harris will present his theories at the Milken Institute Global Conference later this month, at the MIT Technology Conference next month, and a summit in Paris hosted by French President Emmanuel Macron. Next year, the Center for Humane Technology will have its own conference for the first time.