By Thomas Claburn in San Francisco
36 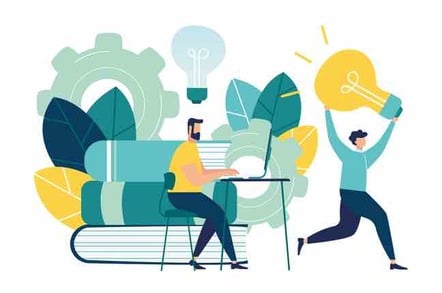 Jie Qi, cofounder of edu-tech electronics biz Chibitronics, marked the launch of patent education site PatentPandas.org with her account of how Google tried to patent her research after inviting her to meet with company executives.

In March 2014, Qi says, she was working on her doctorate at MIT's Media Lab, developing techniques for integrating electronic circuits into paper books. She received an invitation to visit Google's Advanced Technology and Projects (ATAP) group, which was headed at the time by Regina Dugan.

The meeting, she says, afforded her the opportunity to meet with people whose work she admired. And during the exchange, she shared what she had been doing to develop interactive books and storytelling techniques.

Google then proceeded to file a US patent application related to her work, a fact she didn't realize until 2016. That's when a friend involved in paper engineering mentioned that some of the individuals who had met her at Google had filed a patent application on interactive pop-up booked embedded with circuitry.

"These patents covered many of the same things that [I] had discussed, that I’d showed them, with no mention of my or others’ work in the field," wrote Qi in her post. "I found out from a friend who followed a pop-up book blog – someone there was excited that Google was researching book technologies and happened to publish a blog post about it."

This was three weeks after she learned that the backer of a crowdfunding campaign to develop LED stickers filed to patent that idea without the involvement of Qi or her colleagues.

After Qi involved MIT Media Lab director Joi Ito, Google offered to add Qi as an inventor of the patent. She declined, she says, because others who had worked on the project would not be included.

Also, receiving credit as an inventor is not the same thing as being the patent assignee, the owner. While an inventor get the credit on the patent, they don't have the right to use the patented technology themselves.

Dugan left ATAP shortly thereafter and ATAP's legal counsel ended up sending the US Patent Office the prior art documentation supplied by Qi and her colleagues – the existence of prior art allows a patent examiner to decline to grant a patent because it establishes that the idea being considered for protection is not original.

Ultimately, Google ended up abandoning the patent application. The Register asked Google for comment but the company did not immediately respond.

The Chocolate Factory appears to have been involved in at least one other similar incident. In a discussion thread on Hacker News – which elaborates on a 2015 blog post – developer Ryan Spahn recounts a similar experience with Google ATAP (part of its Motorola acquisition) in 2013.

Spahn says in 2013 he began work on a project called SpeakerBlast, which connects internet devices so they can play audio in sync with one another. After Samsung in March that year said it would build similar capabilities into its S4 device, Google got in touch to discuss implementing the capability in the Moto X phone and a NDA was signed the following month.

"They asked if we ever thought about selling our technology to them before the meeting and at the meeting they baited us for how our tech worked, saying we'd like to work with you, tell us how it works," Spahn wrote.

"Once we did, they left the room (Dugan's second right hand man at the time and another) and three minutes later, [they] showed us the door saying the 'race is on.'"

According to Spahn, Google has since been awarded patents for syncing audio across phones.

"Many here will say that's just how Silicon Valley works...takes advantage and stomps on the little guy innovators and their dreams," Spahn continued. "That's not professional and I met with many other companies like Samsung [that] acted with the utmost respect and professionalism towards us. Yet, Google, whose motto is 'Don't be evil,' can't act in the same fashion?"

Earlier this year, Google's parent, Alphabet, briefly dropped "Don't be evil' from its corporate code of conduct, where it has sat in judgement of corporate malfeasance since its year 2000 debut. It disappeared briefly in 2015 during the Alphabet reorganization, replaced by "Do the right thing."

IP freely? What a wind-up! If only Trevor Baylis had patent protections inventors enjoy today

It was then restored until disappearing in late April or early May this year. But the search biz holding company revived the phrase shortly thereafter and it can still be found in the current July 31, 2018 version of the document.

In a phone interview with The Register, Spahn said that audio syncing is not a new idea, though he sees his implementation as novel. He's not sure whether Google's claims overlap with his work. He said he has a provisional patent but it was abandoned for lack of resources.

He expects other entrepreneurs have had similar experiences, though they may not want to talk about it. Other companies, he said, were nicer to deal with. "Google was the worst," he said. "They were just being an awful company."

Qi describes mixed feelings about how to approach collaboration on technology projects. On the one hand, she suggests, working with others can lead to fruitful collaborations. On the other, it presents a risk from others who may seek patent the ideas.

She argues that working in the open, by publishing research papers, helps prevent people from trying to patent the work. "While sharing stuff out means more people see them, it also means there’s more prior art to draw upon to keep an idea open," she concludes. ®