Barack Obama will rake in about a billion bucks off his presidency. The presidency already has cost Donald John Trump a billion. 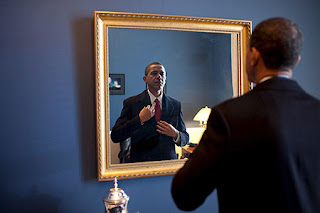 (That ain't working. That's the way you do it. Money for nothing and your flicks for free.)

From LA Biz: "The Obamas’ first slate of projects for Netflix includes a Frederick Douglass biopic and a kids show from one of the creators of 'Drunk History.'"

They are mainly documentaries. I am sure Douglass will be transformed from a crusty and reliable American into a socialist.

Liberal as hell as billionaires amuse themselves with socialism knowing their money is safe.

What a long way the Obamas have come since the University of Chicago Hospital bought the senator off with a part-time, $300,000 a year no-show job for his wife.