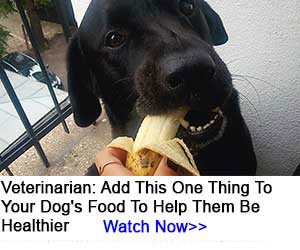 (Natural News) After weaseling his way through a series of congressional hearings this past spring, Facebook founder and CEO Mark Zuckerberg is back in the news following the revelation that his social media empire committed even more crimes with its mishandling of private user data.

A bombshell cache of documents recently handed over to lawmakers in the United Kingdom prove once and for all that Facebook repeatedly disregarded the law to get where it is today – as well as show that every single one of its movers and shakers, including Zuckerberg himself, belongs in prison.

According to the contents of these internal documents, Facebook used a virtual private network (VPN) from Onavo, a company that it later acquired, to spy on the activities of major competitors like Snapchat and WhatsApp, both of which were also targets of acquisition for Facebook. Facebook also selectively targeted the applications of its competitors, disallowing them from fully functioning as designed.

Furthermore, after thoroughly reviewing these same documents, top U.K. lawmakers discovered that secretive “whitelisting agreements” had been established by Facebook with select companies, giving them preferential access “to vast amounts of user data” – information that had previously been sealed by a California court.

“A trove of internal correspondence, published online Wednesday by U.K. lawmakers, provides a look into the ways Facebook bosses, including Chief Executive Officer Mark Zuckerberg, treated information posted by users like a commodity that could be harnessed in service of business goals,” revealed Nate Lanxon and Sarah Frier in a piece for Bloomberg about these revelations.

Sponsored solution from the Health Ranger Store: The Big Berkey water filter removes almost 100% of all contaminants using only the power of gravity (no electricity needed, works completely off-grid). Widely consider the ultimate "survival" water filter, the Big Berkey is made of stainless steel and has been laboratory verified for high-efficiency removal of heavy metals by CWC Labs, with tests personally conducted by Mike Adams. Explore more here.

For more news about the crimes of Mark Zuckerberg and Facebook, be sure to check out Facebook.Fetch.news.

Many of our readers will recall a story we published earlier this year about how Facebook had allegedly breached the private call logs and contacts of Android mobile phone users. Well, we now know that this was, indeed, taking place without users’ knowledge.

So-called “global surveys” were being conducted by Facebook that allowed the multinational corporation to monitor customer usage habits without their knowledge or consent. It was a secret change that Bloomberg says allowed Facebook to record “call and message data” without users knowing what was actually happening.

Within these now-released documents is an email dated February 4, 2015, from a Facebook engineer who admitted that Facebook’s Android app contained the ability to “continually upload” a user’s call and SMS (text message) history, which of course wasn’t publicly revealed. If it had been, this same engineer explained, it would have been a “high-risk thing to do from a PR perspective.”

For more news on technocracy crimes, check out Technocrats.news.

While Facebook claims to be committed to fairness and quality, the Silicon Valley giant was also caught targeting a video-sharing tool developed by Vine back in 2013 that would have allowed Vine users to connect to Facebook and search for their friends through the platform.

A Facebook engineer, internal emails reveal, had suggested disabling this friend-finding feature in order to enrich the Facebook monopoly. In response, Zuckerberg gave his blessing, having written, “Yup, go for it.”

Facebook had also facilitated the propagation of a data-mining app developed by a company known as Six4Three that pored through people’s Facebook profiles and pulled out all photos of girls in bikinis. The app was made possible through an application programming interface (API) given special privileges by Facebook to access such data freely, and again without users’ consent.

Six4Three founder Ted Kramer obtained a treasure trove of eye-opening documents about this and other malfeasances by Facebook as part of a major lawsuit against the social media monolith.

“A small number of documents already became public last week, including descriptions of emails suggesting that Facebook executives had discussed giving access to their valuable user data to some companies that bought advertising when it was struggling to launch its mobile-ad business,” The Washington Post revealed.

“The alleged practice started around seven years ago but has become more relevant this year because the practices in question – allowing outside developers to gather data on not only app users but their friends – are at the heart of Facebook’s Cambridge Analytica scandal.”

Facebook, of course, denies any wrongdoing as it pertains to any of these powerful revelations. The company says the documents are “misleading without additional context,” and that the various platform changes were made to protect Facebook users from data breaches rather than encourage them.

But this hasn’t stopped things from “boiling over” at Facebook’s headquarters. With crisis after crisis coming at the tech giant, many within the company’s ranks are having a hard time coping. Reports indicate that “internal tensions” are now so extreme that they’re “spilling out into public view.”

“Internally, the conflict seems to have divided Facebook into three camps: those loyal to Zuckerberg and chief operating officer Sheryl Sandberg; those who see the current scandals as proof of a larger corporate meltdown; and a group who sees the entire narrative – including the portrayal of the company’s hiring of communications consulting firm Definers Public Affairs – as examples of biased media attacks,” Buzzfeed News reported.

See MarkZuckerberg.news for more coverage of pure evil in the tech industry.