Report: Impact of climate change dire for US

Trump takes jab at justice in call with troops

Schiff: Trump being 'dishonest' about Khashoggi

May: There shouldn't be a second referendum

Report: Impact of climate change dire for US

Trump takes jab at justice in call with troops

Schiff: Trump being 'dishonest' about Khashoggi

May: There shouldn't be a second referendum

New York (CNN)The British Parliament has obtained a set of internal Facebook documents the company has fought for months to stop from being made public, according to Facebook and a lawyer involved in a suit against the company.

The cache of documents, some of which may include correspondence between Facebook CEO Mark Zuckerberg and company executives, stem from a lawsuit in California that outlines a litany of allegations against Facebook. Among them: claims about the company's alleged disregard for user privacy, and the claim that Zuckerberg devised a plan that forced Facebook's rivals, or potential rivals, out of business.
"We allege that Facebook itself is the biggest violator of data misuse in the history of the software industry," Ted Kramer, the owner of Six4Three, the company suing Facebook, told CNN in an interview this summer.
Parliament obtained the documents days before a hearing scheduled for Tuesday in London. Lawmakers from seven countries will meet for what they're calling the inaugural "International Grand Committee on Disinformation." Lawmakers had asked for Zuckerberg to appear, but Facebook instead chose to send one of its CEO's deputies.
The release of the documents to the committee could raise new legal questions because a state court in California ordered the material to be kept under seal.
Kramer told CNN he wants the US Federal Trade Commission and attorneys general in the United States to investigate the allegations Six4Three is making.
A Facebook spokesperson told CNN on Saturday that Six4Three's lawsuit is without merit.

The internal documents were obtained by Kramer's lawyers through discovery, a legal process in which one party to a lawsuit can obtain evidence from the other. 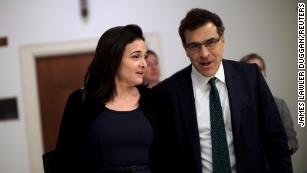 Outgoing Facebook exec takes the fall for targeting George Soros and other critics
The San Mateo Superior Court in California ordered the documents remain under seal, meaning they should not be made public by Six4Three.
However, last Monday, Damian Collins, a member of Parliament who heads the parliamentary committee looking into Facebook, wrote to Six4Three's Ted Kramer, asking for the documents.
Kramer was apparently in the United Kingdom for work. The letter was sent to the central London hotel where Kramer was staying, court documents reviewed by CNN show.
Facebook contacted the court in California when it learned of Collins' request. On Tuesday, the judge in the case ordered that no unredacted copies of the relevant sealed documents should be released until further notice from the court, and that "failure to comply will be considered an act of contempt."
The judge asked for both Facebook and Six4Three to provide legal briefs on the consequences of Collins' request, including what issues it may raise under the U.S. Constitution, and what authority Collins' committee had to overrule the court's orders without asking first. The briefs are scheduled to be submitted later this week.
On Friday night, one of Six4Three's lawyers, Stuart Gross, confirmed to CNN that the British committee had obtained materials from Six4Three that are under seal. It is not clear when the documents were obtained. Gross said that Six4Three had asked the committee to "refrain from reviewing them and to return them to counsel or to Facebook."
Collins told CNN on Sunday that he was in the process of reviewing the documents, "which are clearly highly significant to the committee's inquiry and we will be making a statement next week on how we intend to proceed."
The Facebook vice president due to appear at Collins hearing wrote to the MP on Sunday, suggesting that Collins wait to hear from the California judge before sharing the documents publicly
"I understand that Parliamentary privilege protects participants for anything said during a hearing of your committee. ... It may be helpful for us to discuss this matter again after we have further guidance from the court," Richard Allan, Facebook VP of policy solutions wrote. 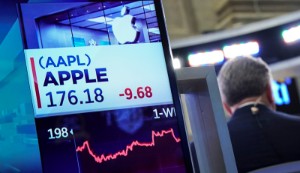 More than $1 trillion in Big Tech value wiped out
The Observer newspaper in London reported Saturday that the documents had been seized after Kramer was escorted to Parliament after a sergeant-at-arms appeared at Kramer's hotel. Kramer was told he risked fines and possible imprisonment if he didn't hand over the documents. CNN has not independently confirmed this.
Ian Lucas, a member of Parliament who sits on Collins' committee, tweeted on Saturday night, "This week Facebook will learn that all are subject to the rule of law. Yes, even them."

Six4Three, which has been engaged in a yearslong legal battle with Facebook, were the makers of "Pikini," a controversial app that allowed users to find pictures of their friends wearing bikinis.
The app did not breach Facebook's terms and conditions when it was released in 2013. But in 2015 Facebook changed its policies about how it shared information about its users with third-party app developers such as those behind Pikini.
Prior to the change, Pikini and other app developers were able to access information not only about their users, but also about their users' Facebook friends, including users' friends' photos.
When Facebook restricted access to friend data, it destroyed Pikini's businesses, Six4Three alleges. 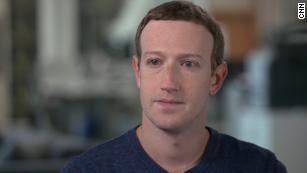 As problems pile up, Mark Zuckerberg stands his ground in exclusive CNN Business interview
While a crude app that searched out bikini photos, and which shut down years ago, might not be noteworthy on its own, the fact that Six4Three has access to internal Facebook documents — currently under court seal — is.
The little-known case attracted the interest of major news organizations, including CNN and The Guardian, which filed a joint court motion in June for the documents to be made public.
The motion referred to the Cambridge Analytica scandal, which also deals with Facebook's prior practice of allowing apps access to users' friends' data. "(G)iven the furor quite rightly surrounding the Cambridge Analytica controversy, the public has an immediate and overwhelming interest in understanding the facts surrounding Facebook's data practices over time," the news organizations argued.
"The Guardian and CNN express no opinion on the merits of the dispute," they added.
That motion, and other motions to unseal all of the documents, were rejected by the court in October.

Facebook has consistently pushed back on Six4Three's claims.
"Before their case was picked up by CNN, this app's biggest accomplishment was being named 'one of the creepiest apps ever,'" Natalie Naugle, Facebook's associate general counsel, litigation, said in a statement provided to CNN in October. "Its creators marketed the app as a way to look at pictures of women in bikinis. We made changes to the platform in 2014 and we do not regret that this restricted Six4Three's access to information."
Also in October, a Facebook spokesperson provided CNN with a link to a 2013 promotional video for Pikini, saying the company wanted to make sure the public had "a clear picture of what Six4Three is trying to defend." Facebook also said that the Pikini app had fewer than 4,500 downloads.
Naugle, Facebook's lawyer, told CNN in a statement last month that the company stood by its decision to ask for the documents to be kept under seal. "Motions to seal are entirely commonplace in litigation and are typically granted as a matter of course to respect the confidentiality of internal discussions and the trade secrets their disclosure may reveal. We believe Six4Three's claims are entirely meritless," she said.
Speaking to CNN over the summer, Kramer dismissed Facebook's portrayal of Pikini as creepy. He said the app was a way for his company to gather a user base and develop its "sophisticated visual pattern recognition algorithms." The ultimate goal of the company, he said, was to "develop a business that you could look at photos and be able to purchase clothing from looking at an image."
Kramer told CNN that he views his fight with Facebook as a "David versus Goliath" battle.
"I think it's really important to understand that they have fought tooth and nail to prevent this evidence from becoming public which we believe the world should see. We believe everyone should see this evidence because they have the right to know the truth," he said.