THE POLITICAL CORRUPTION EVIDENCE | FACEBOOK META CORRUPTION -- (Click HERE, on this title, to open the Gallery) | Facebook has a SMEAR MACHINE! BIG TECH SPYING ON CITIZENS

CEO on his latest almighty Zuck-up: OK, we did try to smear critics, but I was too out-of-the-loop to know 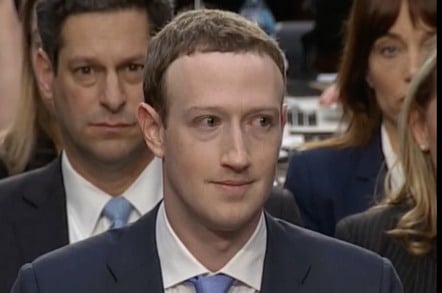 After announcing that it has ended its relationship with the consulting shop, Facebook - which Salesforce CEO Marc Benioff just likened to cigarettes again - held a conference call for the media. COO Sheryl Sandberg was noticeable in her absence.

According to the New York Times, Facebook, in an effort to deflect criticism over the Cambridge Analytica scandal and its role as an enabler of divisive propaganda, hired "a Republican opposition-research firm to discredit activist protesters, in part by linking them to the liberal financier George Soros."

In response to the exposé, Patrick Gaspard, president of the Soros-founded Open Society Foundations, slammed the company in an open letter to Facebook COO Sheryl Sandberg.

Pointing out that there's an ongoing right-wing campaign to demonize Soros, one that involves anti-Semitic information distributed through Facebook and which has led to the delivery of a pipe bomb to Soros's home, Gaspard expressed disappointment with Facebook's purported efforts to combat misinformation and shock at finding that the company has been actively involved in promoting falsehoods.

"The notion that your company, at your direction, actively engaged in the same behavior [as right-wing trolls] to try to discredit people exercising their First Amendment right to protest Facebook's role in disseminating vile propaganda is frankly astonishing to me," Gaspard wrote. "...Your methods threaten the very values underpinning our democracy."

Zuck: Can we just focus on the report? Press: No

CEO Mark Zuckerberg took a moment at the top of the call to point to the company's rebuttal of the New York Times report, which argues that suggesting Facebook's intent in shining a spotlight on Soros was anti-Semitic is "reprehensible and untrue."

Acknowledging that Facebook was slow to respond to Russian electoral meddling in 2016 and that the company had stumbled, he insisted that the report's claim that executives weren't interested preventing abuse is incorrect.

Zuckerberg provided an overview of the company's content amelioration efforts and characterized the challenge as "finding the right balance between giving people a voice and keeping people safe."

"There's no perfect solution here," he said. "These really aren't problems you ever fully fix."

So the future Zuckerberg is forecasting should have less social media-fueled genocide, but won't be rid of it entirely.

Facebook said the amount of hate speech it detected proactively from July through September 2018 (54 per cent) had more than doubled from the amount detected in the period from October through December 2017. Its proactive detection of violence also increased 25 percentage points, from 72 per cent to 97 per cent.

Zuckerberg also said Facebook intends to create an independent body to hear appeals about content that has been disallowed because it violates site policies.

As an aside, the antisocial network will also try to automatically discourage the sharing of stuff that is close to breaking its policy on prohibited content. Right now, the closer something is to the line, the more sensational and likely it is to be shared by netizens on Facebook. As a result, dodgy fake news and vile hate speech ends up being thrown around a lot, typically as one side tries to offend or outrage an opposing side or rally support among their own. Think of homophobes sharing anti-gay marriage images or memes, knowing their like-minded pals will forward them on, either to promote their hate or stir up trouble. 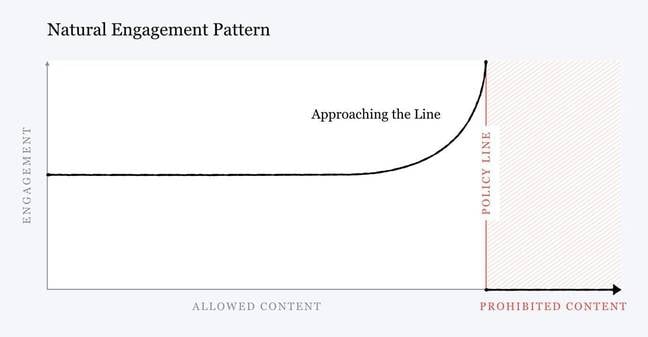 Why Facebook absolutely sucks ... The more awful the memes, the more they are shared - until they are suddenly banned

In response, Facebook said it would use AI and other tech to ensure "distribution declines as content gets more sensational," so that "people are disincentivized from creating provocative content that is as close to the line as possible." The machine-learning code will be use to allegedly identify borderline banned material, and slow down its spread.

And by machine-learning, Facebook may well mean a small army of poorly paid human content-moderators. 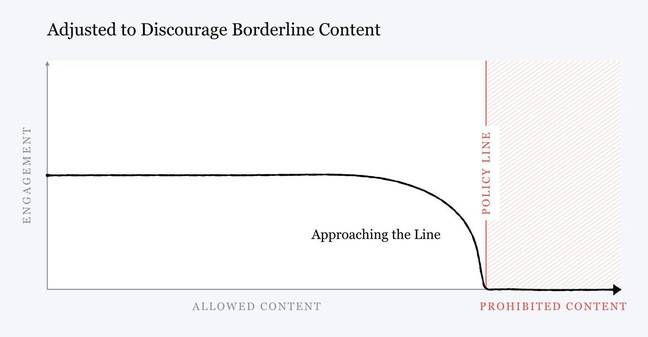 Once the prepared remarks were complete, the reporters on the call mostly ignored the data dump and asked about the New York Times report and Facebook's response. Zuckerberg insisted he was unaware the company had hired Definers, saying he learned about it from reading the article.

Sorry, Mr Zuckerberg isn't in London that day. Or that one. Nope. I'd give up if I were you

Asked to identify the individual described in Facebook's rebuttal as a "well-known critic of our company" and to explain how the ad biz knew this person supported the Freedom from Facebook group, he said the company's intention was not to attack an individual but to demonstrate that a supposedly grass-roots group was not authentic in its opposition. And he said, "I have tremendous respect for George Soros even though we disagree on the impact and importance of the internet over all."

Asked repeatedly whether Facebook intends to fire anyone in response to the reported media skulduggery, he finally responded, "I feel like I've answered this question a bunch of times. I'm not going to get into specific personnel issues."

Asked how the media influencing efforts carried out by Definers differed from the coordinated inauthentic behavior Facebook says it's trying to fight, Zuckerberg insisted it wasn't true that the firm had spread misinformation, and said Facebook never asked the firm to spread anything that wasn't true. And in any case, Facebook is no longer using them.

"I don't think that analogy makes sense," he said. ®