Facebook has begun a huge overhaul of their management structure, according to the New York Times. The tech company has reportedly restructured into three new divisions with leadership of the company’s biggest products being moved from one division to another. According to a source for the Times, this reshuffling of the business was done under the direction of CEO Mark Zuckerberg. This reorganization was reportedly done in an effort to streamline the company and greater clarify who was in charge of which Facebook products.

But this reorganization was allegedly moved ahead of schedule following Facebook’s most recent user data scandal which allegedly saw the personal details of 87 million users leaked to a data analysis firm. Sources stated that despite the scandal, Zuckerberg was adamant that the company not fire any senior executives as a result of the scandal. Recode posted a diagram recently explaining the restructuring of the social media firm: 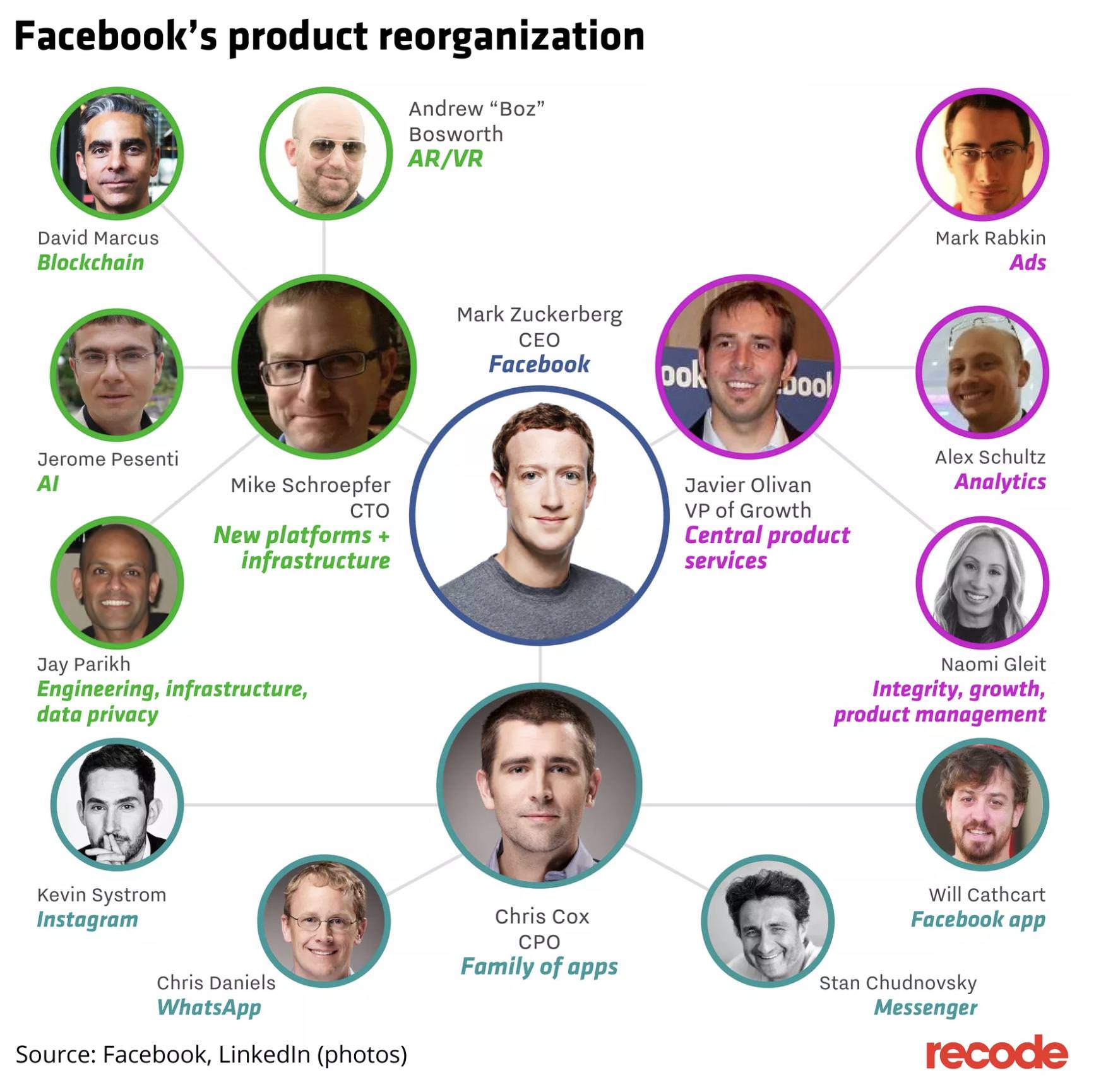 Chris Cox, Facebook’s chief product officer, will be overseeing key products, Mike Schroepfer, the company’s chief technology officer will be taking over the emerging technologies division and Javier Olivan, the VP of growth, will be leading the central product services division. WhatsApp will now be led by Chris Daniels. The company will also be appointing Jeffrey Zients, former director of the National Economic Council under President Barack Obama, as a new board member.

Whether or not this restructuring will help Facebook with their current problems remains to be seen. Ari Ratner, a former Obama administration official who now runs the strategic communications firm Inside Revolution, told the New York Times Facebook’s restructuring “will have minimal impact on the issues themselves,” and further stated: “If you want to send the message things will be different, I’m not sure if that accomplishes much.”

Lucas Nolan is a reporter for Breitbart News covering issues of free speech and online censorship. Follow him on Twitter @LucasNolan_ or email him at lnolan@breitbart.com